Justin Murphy underlined that no-poach agreements are a priority for competition enforcement agencies in both the EU and the US. Since 2016, the United States the Department of Justice has adopted an aggressive policy toward such agreements and prosecuted them — for the first time ever — criminally. Recently, a jury acquitted DaVita and its former CEO in the first-ever criminal no-poach trial, raising the question of whether such alleged agreements are appropriate for per se criminal treatment and whether they should be prosecuted criminally at all.

In the European Union, practices toward such agreements are more recent. Indeed, although the European Commission has recently started to take an interest in them, so far only the Portuguese Competition Authority has issued statements of objection to an anti-competitive labour market agreement. 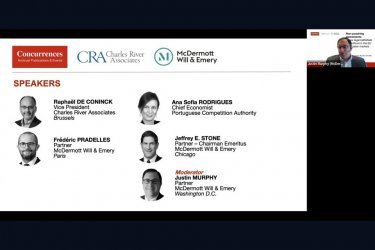