Pierre Régibeau began by pointing out that standardisation agreements are an old issue that has been discussed for a very long time. The answer –how to deal with them in competition policy- is still to be agreed upon. In essence, FRAND in an SEP context aims at addressing a holdup problem. The holdup in this case would be undertaken by a technology that, after having been selected to be part of a standard, acquires monopoly power over potential users or implementers of the technology (for example, phone manufacturers) and then extracts a very high royalty rate. Why is that anticompetitive ? Because it raises the price of the final product and can be anticipated to lead to less innovation by the users themselves. This is the standard theory of harm that is put forward by a party and contested by another in SEP cases – this happens even in cases where the theoretical conditions for holdup are met. Defendants exploit the uncertainty about both the evidence and the theory. On the other hand, users are not the only ones that can be held up. Firms that have invested sunk costs into R&D to develop SEP technologies can be the victims of users that do not want to reimburse them for the risk and investment they engaged in. This hold-up, however, is not strictly the same as the previous one. There is a paradox between the incentives of users and firms in that regard between two different possible holdups. And even if one could strike a balance between those two risks, other considerations would arise. Potential competition between standard-setting organisations may happen if the terms offered to SEP owners do not provide sufficient rewards, or if competition is prevented by the indispensability of the technology, drastic FRAND requirements can be imposed upon them. 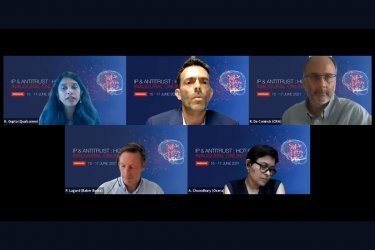