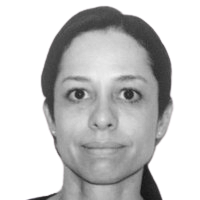 Heidi Sada is Executive Director for International Affairs at Federal Economic Competition Commission (Mexico) since May 2019. She is also a Professor at the Tecnológico University of Monterrey since 2018. Before that, she has been an Assessor at Bioventura for 4 years. Between the years 2012 and 2018, Heidi was a Member of the Editorial Council at the Journal of Antitrust Enforcement, University of Oxford. Before that, she has been an Assessor in Corporate Management of Information Technology at Pemex for one year. Between the years 2015 and 2017, she was an Expert in Economic Competence at OECD. For 10 years, Heidi Sada has been a Professor at IBERO University. Between the years 2014 and 2015, she was a Consultant at OECD. Before that, Heidi occupied the post of Deputy General Director of International Affairs at the Federal Economic Competition Commission, where previously she was a Director of Planning and International Affairs for 6 years. Between the years 2006 and 2007, Heidi Sada was an Economic Governance Officer at the Embassy of the United Kingdom in Mexico. For one year until 200July 2006, Heidi Sada has been a Senior Investigator at the Citizen Liaison Center of Mexico. During the year 2005, Heidi was a Professor at the Center for Investigation and Economic Research, where previously she occupied the post of Coordinator and project investigator for one year and a half. Before that, Heidi Sada has been a Project Engineer at Delphi Automotive Systems for 2 years. Finally, between the years 1995 and 1997, she was a Quality Supervisor at AirEquipos.