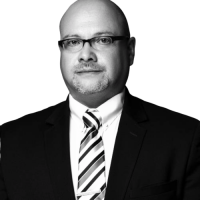 Nick advises many of South Africa and the world’s leading companies across a range of sectors in relation to all aspects of competition law and regulation, in South Africa and Anglophone Sub-Saharan Africa. Nick’s practice includes complex and contested mergers, a strong focus on cartel and abuse investigations and prosecutions as well as compliance programs, training and audits. Nick is also an experienced advisor in other regulatory fields including : gambling and gaming, consumer protection, franchising, advertising and marketing, broadcasting and postal services. Chambers and Partners and the Legal 500 describe Nick as "very, very smart and an excellent litigator", "an exceptional and gifted attorney, who goes the extra mile and is able to simplify complex and difficult competition law concepts for his clients", "especially adept at solving client problems", "very switched on, pragmatic and hardworking" and "able to get his head around the most difficult issues" while being "client centric". Nick is also ranked as a leading lawyer in his field by the IFLR 1000 and by the Global Competition Review. Nick has been at the forefront of many of South Africa’s seminal and precedent setting cases in the competition law arena. Career highlights include excessive, predatory and discriminatory pricing matters, highly advantageous cartel settlements and approval for horizontal mergers in very concentrated markets. Nick also acted for a defendant in South Africa’s first ever class action for damages (arising from anti-competitive behaviour). Nick’s experience includes : acting for a global banking group in an ongoing prosecution for alleged collusion between 23 banks in relation to ZAR / US Dollar foreign exchange transactions acted for Kawasaki Kisen Kaisha ("K"Line) in South Africa in relation to alleged collusion in the market for shipping of automotive vehicles acting for Naspers in its acquisition of the largest motor dealer group in South Africa, and in recent acquisitions of AutoTrader the leading automotive classified portal in South Africa, and Takelot.com South Africa’s largest e-tailer acting for a prominent regional airline in various abuse of dominance matters acted for food giant, Pioneer Foods in its acquisitions of Heinz Food South Africa and Future Life Health

Following the declaration of a national state of disaster in terms of the Disaster Management Act No. 57 of 2002 (as amended), the concerning escalation in the number of confirmed COVID-19 infections in South Africa prompted the National Coronavirus Command Council to enforce a nationwide (...)