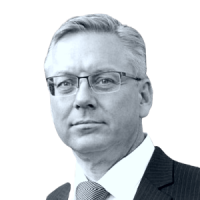 Michael Schloegl is head of IP SEP at Continental. Dr Schloegl is responsible for finding a resolution to the ongoing disputes between cellular SEP holders and Continental and other companies in the automotive industry. Dr Schloegl is also handling the cases for Continental on the determination of a FRAND rate for 4G cellular SEP in the US. Dr Schloegl holds a PhD in high energy physics and has been active in the field of IP since 2001. He started his IP career with Siemens and joined Continental in the year 2007. At Continental, he built up an IP Department in eastern Europe and was involved in several IP related legislative initiatives in eastern Europe. Dr Schloegl is actively involved in the development of a SEP licensing framework in Europe, serving on several SEP-focused working groups in various associations. In December 2020 Dr Schloegl was elected as an ETSI board member.