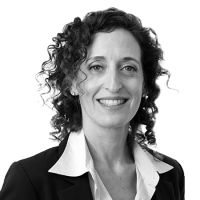 Mazor Matzkevich is a partner at M. Firon & Co., heading the competition, antitrust and regulatory affairs department, subsequent to its merger with Epstein and Co., where Ms. Matzkevich headed the antitrust practice since 2010. Ms. Matzkevich’s practice focuses on all aspects of antitrust including class actions and criminal litigation and the evolving segments of the Concentration and the Food laws. Ms. Matzkevich has extensive experience in representing corporations vis-à-vis the Israeli Competition Authority, including through complicated mergers’ review and global merger notifications. After her admission to the Israeli Bar, Ms. Matzkevich joined the Israeli Competition Authority in 1998, and led the Authority’s criminal practice until 2002. In 2002 Mazor was admitted to the New York State Bar, and soon after joined the U.S. Federal Trade Commission’s North East Regional Office as a staff attorney. During her six years tenure at the Federal Trade Commission, Ms. Matzkevich practiced both antitrust and was the lead counsel or co-counsel of merger and non-merger cases involving various industries, including high-tech, retail, pharmaceuticals, agro-chemistry, energy, hospitals, and food. Ms. Matzkevich has an LL.B and LL.M degrees from the Hebrew University.