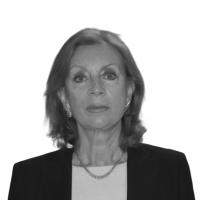 Marina Tavassi is of counsel at BonelliErede. Ms. Tavassi became a Judge in 1977. She was appointed at the first civil section of the Tribunal of Milan where she specialised in the fields of intellectual property, trade law, competition law and EU law. In 1991, she was appointed to the Milan Court of Appeal where she stayed until September 2004. During this period, she was in charge of the second degree procedure in intellectual property, company law, banking law and competition law. In 2004 she was nominated at the Supreme Court in Rome, where she continued (in the first civil section) to work in intellectual property, company law, banking law, and competition law, until 2009. In October 2009, she became President of the Tribunal specialised in intellectual property and antitrust of Milan. Ms. Tavassi also founded and co-lead the Review « Rapport sur la jurisprudence des tribunaux italiens de la propriété intellectuelle », which published the decisions rendered by Italian tribunals in intellectual property in Italian and English. She was president of the Milan Court of Appeal from 2016 to 2020, being the first woman to be appointed as such.During that same period, she was a member of the Enlarged Board of Appeal of the European Patent Office. She currently teaches IP and competition at the University of Pavia. At the beginning of 2021, she joined Bonelli Erede as Of Counsel.