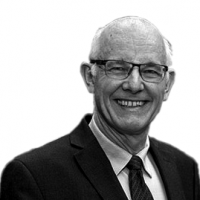 Benedict William Kingsbury is Vice Dean and Director of the Institute for International Law and Justice at New York University and a leading scholar in international law and diplomacy. Benedict Kingsbury’s broad, theoretically grounded approach to international law closely integrates work in legal theory, political theory, and history. With NYU colleague Richard Stewart, he helped pioneer the field of Global Administrative Law ; they are currently working on books on Megaregulation (the TPP), and Global Hybrid and Private Governance. Kingsbury has directed the Law School’s Institute for International Law and Justice since its founding in 2002, and is the Faculty Director of the Guarini Institute for Global Legal Studies and its Global Tech Law Project launched in 2018. He and NYU Professor José Alvarez served as the editors-in-chief of the century-old American Journal of International Law 2013-18. Kingsbury has written on a wide range of international law topics, from indigenous peoples issues to interstate arbitration, investor-state arbitration, and indicators and rankings. His co-edited volumes include Megaregulation Contested (2019), The Quiet Power of Indicators (2015), Governance by Indicators (2012), and books on Hugo Grotius (1583-1645) and Alberico Gentili (1552-1608). After completing his LLB with first-class honors at the University of Canterbury in New Zealand in 1981, Kingsbury was a Rhodes Scholar at Balliol College, Oxford. In 1984, he graduated at the top of his class in the MPhil program in international relations at Oxford. He subsequently completed a DPhil in law at Oxford and has taught at Oxford, Duke, Harvard Law School, the University of Tokyo, the University of Paris 1, and the University of Utah.