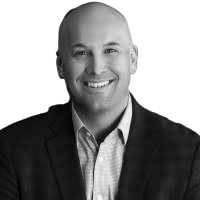 Jeff Farrah serves as General Counsel at NVCA, where he advocates before Congress, the White House, and agencies for pro-entrepreneurship policies and leads in-house legal matters for the association, including management of the NVCA Model Legal Documents. He loves working at the intersection of venture, public policy, and the law. Jeff concurrently serves as Treasurer of VenturePAC, the political action committee of NVCA. Prior to joining NVCA, Jeff was Counsel to the U.S. Senate Committee on Commerce, Science, and Transportation where he advised Chairman John Thune (now Senate Majority Whip) and members of the committee on technology, telecommunications, and Internet policy. His committee perch gave him an invaluable perspective on how policymakers think about technology and its impact on American life. Previously, Jeff served as General Counsel to U.S. Senator Scott Brown, serving as Brown’s top legal and policy advisor on a variety of issues. During the 2012 presidential election, Jeff was a member of Governor Romney’s Trade Policy Advisory Committee. Prior to the Senate, Jeff was an attorney at a leading Washington, DC law firm for international trade matters. His trade law experience includes World Trade Organization Dispute Settlement and trade remedies cases before U.S. agencies. Jeff earned his Bachelor of Arts degree in Political Science from the University of California, Santa Barbara (Go Gauchos !) and his Juris Doctor from Seattle University School of Law. Jeff was a Visiting Student at Georgetown University Law Center.