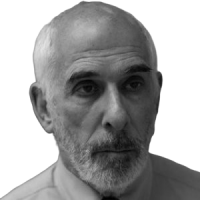 Howard Langer, a founding partner of Langer Grogan & Diver P.C., has specialized in complex commercial litigation, particularly antitrust law, since graduating the University of Pennsylvania Law School in 1977. He was lead counsel in In re Linerboard Antitrust Litigation, which resulted in what was then the largest antitrust recovery ever in the Third Circuit. He was lead counsel in two class actions that recovered over $150 million and $37.5 million respectively, the full sums wrongfully taken from the victims’ accounts of telemarketing frauds. Faloney v. Wachovia Bank and Reyes v. Netdeposit, LLC. In 2016, he shared the award of the American Antitrust Institute for Outstanding Antitrust Litigation Achievement in Private Law Practice for his work in two cases involving the broadcasting of major sports leagues. He is presently co-lead counsel in In re Nat’l Football League’s Sunday Ticket Antitrust Litig., No. 17-56119, 2019 WL 3788253 (9th Cir. Aug. 13, 2019), which sustained the plaintiffs’ challenge to the National Football League’s broadcast policies. In 2019, Howard received the William J. Brennan, Jr. award of the Volunteers for the Indigent Program of the Philadelphia Bar Association for his extensive work on behalf of the underprivileged. Howard is an Adjunct Professor of Law at the University of Pennsylvania Law School where he teaches antitrust law. He has been a visiting professor at the University of Tokyo Law School and a visiting fellow at the Centre for Competition Law and Policy at Oxford. A fourth edition of his treatise, Competition Law in the United States, was published in 2019 by Wolters Kluwer. Howard graduated from the City College of New York, magna cum laude, and holds a master’s degree from the University of Toronto.