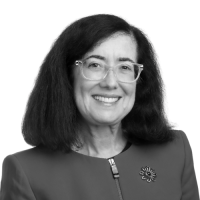 Gina Cass-Gottlieb is the current Chair of the Australian Competition & Consumer Commission. Gina Cass-Gottlieb started her 5 year appointment as Chair of the ACCC on 21 March 2022. Before she joined the ACCC Gina was a senior and founding partner of Gilbert and Tobin’s competition and regulation team. Gina has over 25 years’ experience advising on a large number of merger, competition and regulatory matters in Australia and New Zealand. She is widely recognised as one of Australia’s leading competition and regulatory experts. Gina was appointed by the Commonwealth Treasurer to the Reserve Bank of Australia’s Payments System Board in 2013 and re-appointed in 2018. The Payments System Board is the regulator of access to payment systems. Gina was appointed to the Financial Regulator Assessment Authority in September 2021. Gina has received numerous accolades from Chambers Asia Pacific, Legal 500 Asia Pacific, Who’s Who Legal, Lawyers Weekly Awards, Beaton Client Choice Awards and Best Lawyers Australia, for her competition and legal expertise. Gina was a Fulbright Scholar at UC Berkeley from 1986 to 1987, majoring in US competition law, financial institutions regulation and securities regulation. Gina is the first female Chair of the ACCC since it was established as an independent statutory authority in 1995.