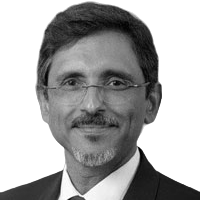 Ebrahim Patel was appointed Minister of Trade and Industry on 29 May 2019 by President of the Republic of South Africa Cyril Ramaphosa, combining the portfolios of Economic Development and Trade and Industry. Prior to this, he was South Africa’s Minister of Economic Development, from May 2009. During his 10 years as Economic Development Minister, he reshaped competition policy through negotiating far-reaching public interest commitments from companies in large mergers ; supporting strong action by the regulators against cartels and collusion ; and drafting new legislation to address economic concentration and abuse of dominance in the economy (adopted by Parliament during 2018). Minister Patel worked with a number of other ministries to lead the state’s approach to infrastructure development (through the Presidential Infrastructure Coordinating Commission, the technical Secretariat of which he headed).