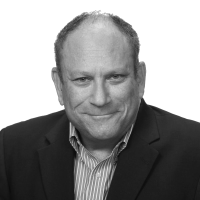 Dan Gilman is an Attorney Advisor in the FTC’s Office of Policy Planning, where he works on competition issues in health care and technology and, more broadly, on the competitive impact of regulation. He received the FTC’s Paul Rand Dixon Award in 2017, and the FTC’s Janet D. Steiger team award in 2019, 2017 and 2014 ; in the 2014-15 academic year, he visited Harvard Law School as the Victor H. Kramer Foundation Fellow in antitrust law and economics. Dan co-authored the FTC staff policy paper, Policy Perspectives : Competition and the Regulation of Advanced Practice Nurses, and contributed to the FTC Staff Report, Broadband Connectivity Competition Policy. His work also has been published in diverse academic journals, including the Georgetown Law Journal, American Journal of Law & Medicine, Journal of Health Care Law & Policy, Behavioral & Brain Sciences, and the British Journal for the Philosophy of Science. He came to the FTC from the University of Maryland, where he was a Visiting Professor of Law, teaching law & economics and health & science law. Before that, he was in private practice in Washington, DC and an Olin Fellow and Adjunct Professor of Law at Georgetown University, where he taught law and economics. He earned an A.B. with distinction from Dartmouth College and a Ph.D. from the University of Chicago, and taught at Penn State University, and at Washington University in St. Louis, before attending law school. He holds a J.D. with honours from Georgetown, where he was awarded the John M. Olin Prize in Law and Economics and served as Senior Articles Editor of the Georgetown Law Journal.