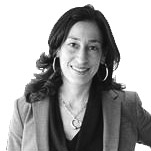 Cristianne Saccab Zarzur is a partner at Pinheiro Neto Advogados. She is a permanent board member of the Brazilian Institute of Competition and Consumer Relations, having previously been its president (from 2014 to 2015), vice president (from 2012 to 2013), director of legal affairs (from 2010 to 2011) and a counsellor (from 2006 to 2009). She graduated in law from the Universidade Presbiteriana Mackenzie, Brazil in 1995 and specialised in law and fundamentals of the economy for lawyers at the Fundação Getúlio Vargas – Escola de Administração de Empresas de São Paulo, Brazil in 2002. She also worked as a foreign associate at Howrey LLC in 2000/2001.