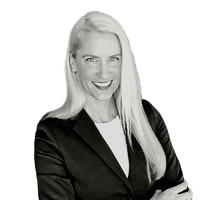 Gwendolyn Cooley is a NAAG Antitrust Task Force Chair and Assistant Attorney General at Wisconsin Department of Justice. As Chair of the NAAG Multistate Antitrust Task Force and as Wisconsin’s Assistant Attorney General for Antitrust since 2005, Gwendolyn has extensive experience litigating antitrust cases on behalf of the State of Wisconsin- including merger enforcement, cartel prosecutions, and as the lead attorney in State of Wisconsin v. Indivior, where she leads 42 Attorneys General in their case against the manufacturer of Suboxone. Gwendolyn was on the trial team for the States’ challenge to the T-Mobile/Sprint merger. She was co-chair of the Pharmaceutical Industry Working Group in the National Association of Attorneys General Antitrust Task Force and is a delegate to the “Future of Pharma Mergers” multi-agency initiative spearheaded by the FTC and leads the Reimagining Pharma Attorney Generals Advisory Group. Active in the American Bar Association, she is Co-Chair of the ABA’s Antitrust Law Section State Enforcement Committee and is the 2017 recipient of the State Bar of Wisconsin’s annual Government Lawyers Division Service Award.