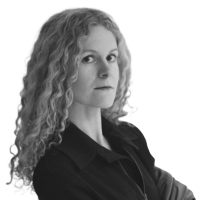 Catharine Titi, Dr iur., FCIArb, is a tenured Research Associate Professor at the French National Centre for Scientific Research (CNRS)–CERSA, University Paris II Panthéon-Assas, France. In addition to being a member of the Board of the European Society of International Law (ESIL), she serves as a Deputy Chair on the Steering Committee of the Academic Forum on ISDS, whose work contributes to the discussions in Working Group III of the United Nations Commission on International Trade Law (UNCITRAL WG III), and on the Academic Council of the Institute for Transnational Arbitration (ITA) of the Center for American and International Law (CAIL). She is a member of the International Law Association (ILA) Committee on Rule of Law and International Investment Law and she serves on the Editorial Board of the Yearbook on International Investment Law & Policy (Columbia/OUP). Catharine is a Fellow of the Chartered Institute of Arbitrators (FCIArb), she sits on the panel of arbitrators of the Court of Arbitration for Art (CAfA), and she is appointed to the roster of the United States-Mexico-Canada Agreement’s (USMCA) Annex 31-B panellists. She holds a PhD from the University of Siegen in Germany (Summa cum laude, Rolf H. Brunswig PhD Prize) and she has previously been a consultant at the United Nations Conference on Trade and Development (UNCTAD). In 2016, Catharine was awarded the prestigious Smit-Lowenfeld Prize of the International Arbitration Club of New York for the best article published in the field of international arbitration. Catharine’s working languages are English, French, Greek, and Spanish.