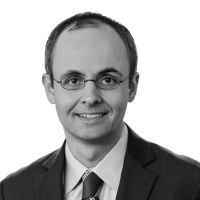 Boris Bershteyn is a partner at Skadden, New York. He litigates complex antitrust and competition matters before trial and appellate courts, and advises clients on regulatory and enforcement actions by government agencies and related internal investigations. He also represents businesses, sovereign entities, nonprofits, and individuals in administrative, appellate and constitutional disputes. From 2009 to 2013, Mr. Bershteyn held a number of senior legal and regulatory positions at the White House and its Office of Management and Budget (OMB). Before heading OIRA, Mr. Bershteyn served as general counsel of OMB. From 2010 to 2011, Boris Bershteyn was a special assistant to the president and associate White House counsel, advising senior administration officials on legal aspects of regulatory, economic, health and environmental policy. Since August 2013, Mr. Bershteyn has served as a public member of the Administrative Conference of the United States (ACUS), an independent federal agency charged with improving the federal regulatory and administrative process. From 2011 to 2013, Mr. Bershteyn served on ACUS’s 10-member governing council, to which he was appointed by President Obama. Earlier in his career, Mr. Bershteyn served as a law clerk to Justice David H. Souter on the U.S. Supreme Court and Judge José A. Cabranes on the U.S. Court of Appeals for the Second Circuit. He also is a recipient of the Paul and Daisy Soros Fellowship for New Americans.

President Biden has signaled a pro-enforcement approach to antitrust policy by naming Columbia Law School professor Tim Wu as a White House adviser and nominating Lina Khan, who also teaches at Columbia Law, to be commissioner of the Federal Trade Commission (FTC). Both are known for expansive (...)

Boris Bershteyn, Karen M. Lent, Matthew Martino The US Supreme Court holds that consumers are direct purchasers of apps and consequently have standing to sue an app store owner for monopolisation and high prices (Apple / Pepper)

On May 13, 2019, in a 5-4 decision in Apple Inc. v. Pepper, the U.S. Supreme Court held that consumers of iPhone apps are direct purchasers of Apple and therefore have standing to sue the company for alleged monopolization of the aftermarket for iPhone apps in violation of Section 2 of the (...)