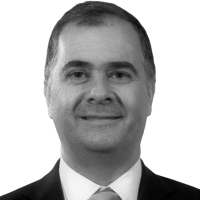 Alejandro Donnay is a Deputy Head of Unit - State Aid Energy at the DG Competition since June 2020. Before that, he has been a State Aid Energy - Case Handler at the DG Competition between April 2018 and June 2020. He has also been a Task Force Financial Crisis Case Handler from October 2013 to April 2018 at said DG Competition. Between November 2009 and September 2013, Alejandro Donnay has been an Investor Relations Senior Advisor - Director at Eurocofin. From 2005 and 2008, he was a Senior Equity Sales at BBVA. Finally, between January 2000 and July 2004, he was Vice President - Equity Research at JPMorgan.