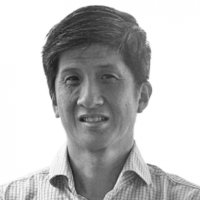 Mr Toh Han Li is a Singapore Legal Service officer. He was seconded to CCCS as Assistant Chief Executive (Legal & Enforcement) in January 2009 and was subsequently appointed Chief Executive in October 2013. Under his leadership, CCCS made significant progress in enforcing competition law in Singapore. Businesses that infringed the Competition Act were penalised decisively, with infringement decisions issued against hotels, transport providers, fresh chicken distributors, capacitor manufacturers, and electrical service providers, among others. In addition, CCCS conducted a number of market studies which led to policy recommendations on areas of consumer concern such as formula milk, petrol and automotive parts. In April 2018, Mr Toh oversaw the inclusion of consumer protection responsibilities to CCCS’ mandate, which allowed CCCS to harness synergies of enforcing both competition and consumer protection laws to make markets work well for the benefit of businesses and consumers. Mr Toh also enhanced Singapore’s standing in the international and regional competition community. In 2016, CCCS hosted the International Competition Network (ICN) Annual Conference for the first time in Southeast Asia, which was attended by more than 500 delegates from over 80 countries. The event help raised the profile of ASEAN and Singapore amongst the international competition community, and catalysed the development of competition policy and law in the region. As Chair of the ASEAN Experts Group on Competition (AEGC) in 2018, CCCS implemented various initiatives under Mr Toh’s leadership to strengthen the enforcement of competition law in ASEAN and increase awareness of competition policy and law in the region. These included the development of the ASEAN Regional Cooperation Framework for Competition and the establishment of the ASEAN Competition Enforcers’ Network to facilitate cross-border cooperation on competition cases in the region.