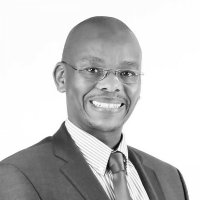 Tembinkosi Bonakele was Commissioner at the South African Competition Commission in Pretoria for 18 years until June 2022. Mr Bonakele had occupied various positions in the Commission’s core divisions. He was appointed Deputy Commissioner in 2008, and prior to that worked as head of mergers, head of compliance and senior legal counsel respectively. He established the Commission’s cartels division and has worked on all of the Commission’s major cases over the past ten years, including the bread & flour and construction bid-rigging cartel cases, Telkom and SAB abuse of dominance cases and a number of high-profile mergers. He has been involved in negotiating most of the Commission’s ground-breaking settlements and helped develop the Commission’s Corporate Leniency Policy as well as the Construction Fast Track Settlement Policy. Mr Bonakele is an admitted attorney and previously practised with Cheadle Thompson and Haysom in Johannesburg largely in the areas of labour law, regulation and health and safety. He has also spent a year working in corporate finance & antitrust groups at Clifford Chance, New York office. He occasionally teaches competition law at the University of Fort Hare, Wits University and is a fellow of the University of Johannesburg’s Centre for Competition, Regulation and Economic Development. He publishes academic journals and writes for newspapers and business magazines on competition matters. He holds a BJuris and an LLB from the University of Fort Hare and an MBA from Gordon Institute of Business Science (GIBS), University of Pretoria. Mr Bonakele served as the Chairperson of the African Competition Forum and was a member of the International Competition Network Steering Group.