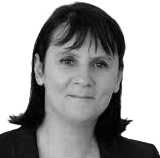 Christine Le Bihan-Graf is the partner in charge of the Industrial Regulation and Economic Public Law department and has skilled experience on issues related to all regulated industrial sectors. She operates mainly in areas where public authorities are very active, either directly or through a regulator (energy, telecommunications, broadcasting, railroads, postal delivery). Before joining De Pardieu Brocas Maffei as Partner in April 2012, Christine Le Bihan-Graf started her career at the French Council of State, and was, from 2008 to 2011, General Director of the French Energy Regulatory Commission (CRE), the French independent agency in charge of regulating the energy market.