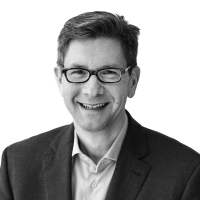 Dr Rainer Nitsche is a managing director at E.CA Economics. He is an expert in providing economic advice in competition and litigation cases before the European Commission and national competition authorities. He has more than 19 years of experience in supporting clients in all fields of competition policy enforcement and has published widely in the field of competition economics. He is named in GCR’s Who’s Who as one of the leading competition economists. Besides renowned law firms, his clients have also included the European Commission and British, Dutch and German competition and regulatory authorities. Since 2006, he has regularly testified as an expert on merger and litigation cases for the Austrian Cartel Court. In a report produced for the European Commission, he developed economic methods for assessing the effect of State aid on competition and trade. He has advised several European national governments and State aid recipients in this area. Dr Nitsche has conducted overcharge and damage assessments in various cartel matters (e.g. automotive glass, LPG, de-icing salt, various consumer goods industries, retail) and he has advised and testified in merger proceedings (e.g. Liberty Global/Kabel BW, Strabag/Lafarge, Vattenfall/Nuon, REWE/Adeg, T-Mobile/tele.ring). In addition, he has advised on a number of abuse of dominant position cases in the telecommunications and other network industries. Prior to his work for E.CA, Dr Nitsche was Vice President in the Competition Practice and Director of the Brussels office of CRA International. Prior to his five years in Brussels, he worked as an economic consultant at Price Waterhouse and Arthur Andersen in London and Berlin.