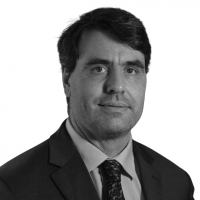 Kai-Uwe Kühn is a Professor of Economics and Deputy Director of the Centre for Competition Policy at the University of East Anglia. He holds visiting appointments at the Düsseldorf Institute for Competition Economics (DICE) and Georgetown University. From May 2011 to August 2013, Prof. Kühn was Chief Economist at DG Competition, European Commission. He has advised competition authorities and private firms on competition policy as well as merger, state aid, and antitrust cases for 25 years. His consultancy work has covered the whole range of competition matters from policy issues (e.g. the Commission Notice on Market Definition (1997), the 1997 Green paper on Vertical Restraints, the 2010 Vertical Guidelines) to mergers (e.g. GE/Honeywell merger (2001) including the court appeal), and antitrust matters (e.g. the Microsoft I on server interoperability). Most recently he acted as an expert in a large number of cartel damages cases, advised on complex antitrust cases (e.g. hotel bookings and another MFN case, radius clauses, and novel forms of exploitative abuses such as privacy and other contractual terms), as well as large number of merger cases in different jurisdictions. During his time as Chief Economist, he advised the Competition Commissioner on all competition cases and policy initiatives (in particular State Aid Modernization) and led the economic analysis on many large mergers (e.g. Deutsche Börse/NYSE, UPS/TNT, Univeral/EMI, H3G/Orange Austria, Western Digital/Hitachi, Outokumpu/Inoxum) and antitrust cases (e.g. Google, e-books, and the Standard Essential Patent cases), often in close cooperation with counterparts at the US agencies. Prof. Kühn spent most of his academic career as a tenured Associate Professor of Economics at the University of Michigan. His research includes theoretical, experimental, and empirical industrial organization covering a wide range of topics including durable goods, vertical integration, vertical restraints, market foreclosure, the impact of credit constraints on market behaviour, as well as collusion and the coordinated effects of mergers. It has been published in leading journals like the Journal of Political Economy, the Rand Journal of Economics, the American Economic Journal : Microeconomics, and the Journal of the European Economic Association. He has been the co-editor of the Journal of Industrial Economics.