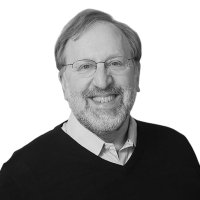 Jonathan B. Baker is Research Professor of Law at American University Washington College of Law. He specializes in the areas of antitrust and economic regulation. Professor Baker served as the Chief Economist of the Federal Communications Commission from 2009 to 2011, and as the Director of the Bureau of Economics at the Federal Trade Commission from 1995 to 1998. Previously, he worked as a Senior Economist at the President’s Council of Economic Advisers, Special Assistant to the Deputy Assistant Attorney General for Economics in the Antitrust Division of the Department of Justice, an Assistant Professor at Dartmouth’s Amos Tuck School of Business Administration, an Attorney Advisor to the Acting Chairman of the Federal Trade Commission, and an antitrust lawyer in private practice. Professor Baker is the author of The Antitrust Paradigm, the co-author of an antitrust casebook, a past Editorial Chair of Antitrust Law Journal, and a past member of the Council of the American Bar Association’s Section of Antitrust Law. He has published widely in the fields of antitrust law, policy, and economics. Professor Baker has received the Jerry S. Cohen Award for Antitrust Scholarship, American University’s Faculty Award for Outstanding Scholarship, Research, and Other Professional Accomplishments, and the Federal Trade Commission’s Award for Distinguished Service. He has a J.D. from Harvard and a Ph.D. in economics from Stanford University.

Jonathan B. Baker The US District Court for the District of Columbia seeks behavioral remedies before approving a joint-venture to prevent exclusionary conduct in the online video distribution and video programming markets (Comcast / NBC Universal)

The Federal Communication Commission’s recent decision to allow the transaction between Comcast and General Electric’s NBC Universal (NBCU) affiliate to proceed subject to conditions helped to fill a gap in the contemporary treatment of vertical mergers. The existence of this gap was (...)

Jonathan B. Baker The Antitrust Paradigm : Restoring a Competitive Economy, Jonathan B. BAKER