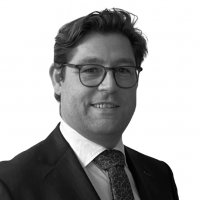 Hendrik Viaene is a managing partner with McDermott Will & Emery based in the firm’s Brussels office. He focuses his practice on competition law, regulated markets and regulatory law. He advises clients across a wide range of related issues including state aid, cartels, licensing agreements, merger filings, M&A negotiations, abuse of dominance cases, and distribution agreements. Hendrik assists governments as well as privately and publicly owned companies. He has a wealth of experience in a range of sector such as energy, chemicals, paints, automotive, financial data, recycling and waste management, telecom, construction, renewables, media, private equity and the financial industry. Hendrik represents companies before national competition authorities and before the European Commission in state aid, cartel, merger, and abuse of dominance investigations. He also assists governments and companies on defence strategies as well as compliance programmes to avoid fines or having to refund or recover state aid. Hendrik has successfully guided clients through first and second phase investigations in merger clearance proceedings before competition authorities across the globe. He also counsels clients on compliance audits, immunity and leniency initiatives, and general risk avoidance in relation to competition law. Hendrik has additional experience in intellectual property rights licensing initiatives specifically with regard to restrictions imposed by competition law. During his career he has represented clients in proceedings before the European Commission, the European Court of Justice, the Belgian Competition Authority, the Brussels Court of Appeals, the New Caledonian Competition Authority, the Paris Court of Appeals, and the Luxembourg Competition Authority. He acted as co-counsel for other clients for most major competition authorities worldwide, and he also audited a number of competition authorities’ operations and output as a subject matter expert.

Hendrik Viaene, Karolien Van der Putten, Hannelore Wiame The EU General Court rules that the Commission has the power to review a merger despite the fact that the turnover thresholds have not been triggered (Illumina / Grail)

In Illumina v Commission, the General Court has confirmed the authority of the European Commission (EC) under Article 22 EU Merger Regulation (EUMR) to examine a transaction that does not have a European dimension, but which is the subject of a referral request made by a Member State – even if (...)

On June 30, 2022, the Council of the European Union (Council) and the European Parliament (Parliament) reached a political agreement on the Regulation on foreign subsidies distorting the internal market (FSR or Regulation). The FSR aims to redress the perceived regulatory gaps left by current (...)

On May 16, 2022, the Belgian Competition Authority (BCA) published its long-awaited notice on enforcement priorities for 2022 (Notice). The BCA explains that, with a view to making the best use of its resources, it will focus its interventions on matters where the expected positive effect of (...)

To mitigate the negative economic and social consequences of Russian military aggression against Ukraine and to lessen the effect of the restrictive economic measures taken in response to the crisis, as well as retaliatory counter measures, the European Commission adopted the Temporary Crisis (...)

Karolien Van der Putten, Hendrik Viaene The European Competition Network issues a joint statement on the application of competition law in the context of the war in Ukraine

Hendrik Viaene, Karolien Van der Putten, Hannelore Wiame The EU Commission sends a draft proposal to the Member States with the aim of establishing a State aid temporary crisis framework to support the EU economy in the wake of Russia’s invasion of Ukraine

On March 7, 2022, changes to both the Belgian Code of Economic Law (CEL) as well as the Belgian Criminal Code (BCC) were published in the Belgian Official Gazette (Belgisch Staatsblad, Moniteur belge). The main changes include : Introducing a filing fee in notifications of concentrations (...)

On March 7, 2022, changes to both the Belgian Code of Economic Law (CEL) as well as the Belgian Criminal Code (BCC) were published in the Belgian Official Gazette (Belgisch Staatsblad, Moniteur belge). The main changes include : Introducing a filing fee in notifications of concentrations (...)

The EC’s review of Illumina’s acquisition of GRAIL raises two novel issues : the assertion of jurisdiction by the EC over transactions that do not meet any national or EU jurisdictional merger control tests, and the use of interim measures to stop parties closing a transaction where the EC has (...)

Hendrik Viaene, Karolien Van der Putten The EU Court of Justice broadens the scope of follow-on damage claims by permitting actions against the subsidiaries of companies which have been found to have infringed competition law (Sumal / Mercedes Benz Trucks España)

On 6 October 2021, the CJEU issued its judgment in Case C-882/19, Sumal, S.L. v Mercedes Benz Trucks España, S.L. (EU:C:1987:418), and confirmed that follow-on damages actions can be brought against subsidiaries of companies found to have infringed EU competition law. The victim of an (...)

This Special Issue collects all contributions available in the e-Competitions database relating to State aid and taxation. This topic has been at the source of many a heated debate. When reviewing the existing European Commission (‘Commission’) decisional practice and the case-law of the European (...)

On September 22, 2021, the EU General Court (GC) upheld a decision from the European Commission (Commission) by which it fined telecommunications operator Altice for gun jumping (T-425/18, Altice Europe v Commission). In particular, the GC affirmed that the Commission could impose two separate (...)

On 22 September 2021, the GCEU upheld a decision from the EC by which it fined telecommunications operator Altice for gun-jumping. In particular, the GCEU affirmed that the EC could impose two separate fines : a fine for implementing a concentration prior to its clearance, and a fine for (...)

Hendrik Viaene, Karolien Van der Putten The EU Court of Justice sets aside a General Court ruling and finds that Belgian "excess profit rulings" may constitute a State aid scheme and remands the case back to the General Court to consider whether there was illegal State aid (Magnetrol International)

On 16 September 2021, the CJEU delivered its judgment on whether the Belgian system of excess profit rulings (EPRs) constituted a scheme or not. The CJEU set aside the GCEU’s judgment that annulled the EC’s decision qualifying the EPRs as an aid scheme. The CJEU referred the case back to the GCEU (...)

On 14 July 2021, the GCEU dismissed the action brought by Nike and Converse against the EC decision to initiate a formal State aid investigation concerning certain advance tax rulings issued by the Dutch tax authorities for the benefit of Nike and Converse. Background In 2019, the EC decided (...)

By decision of 20 May 2021, the EC found that Bank of America, Natixis, Nomura, RBS (now NatWest), UBS, UniCredit and WestLB (now Portigon) breached EU antitrust rules through the participation of a group of traders in a cartel on the primary and secondary markets for European Government Bonds (...)

On 12 May 2021 the GCEU confirmed the EC’s decision of 20 June 2018 that the tax rulings which allowed the Engie group to partially escape tax in Luxembourg constituted illegal State aid within the meaning of Article 107 (1) TFEU. Background As from September 2008, the Luxembourg tax (...)

Hendrik Viaene, David Henry The EU Commission publishes guidance on the application of the referral mechanism set out in article 22 of the merger regulation to certain categories of cases

The European Commission wants to be able to block or conditionally approve transactions, mainly in the digital economy and in the pharmaceutical sector, even when the thresholds for notification are not met. In publishing its new Article 22 Guidance, the Commission has significantly expanded (...)

On 26 March 2021, the EC adopted its “Guidance on the application of the referral mechanism set out in Article 22 of the [EUMR] to certain categories of cases.” The adoption of this novel piece of guidance reflects recent concerns on the part of the EC that certain competitively significant (...)

Hendrik Viaene, Karolien Van der Putten The EU Court of Justice dismisses two telecommunication companies’ appeals on abuse of dominance charges on the grounds that it was not essential for the Commission to show indispensability because the case was not a refusal to supply case, it concerned the imposition of unfair conditions (Slovak Telekom) (Deutsche Telekom)

As the incumbent telecommunications operator in Slovakia, Slovak Telekom a.s. (ST) offers broadband services on its fixed copper and fibre optic networks. ST’s networks also include the local loop, i.e., the physical lines which connect the subscriber’s telephone termination point with the main (...)

On 18 March 2021, the CJEU ruled on the appeal by Pometon SpA against the GCEU’s judgment in the steel abrasives cartel case. The CJEU ruled that the GCEU had breached the principle of equal treatment when recalculating the EC’s fine imposed on Pometon, the only non-settling party in this case. (...)

Hendrik Viaene, Karolien Van der Putten The EU Court of Justice declares that the General Court erred in law by annulling a Commission decision which considered tax exemptions to sports clubs illegal State aid because the Commission does not have to consider the counterfactual tax environment when determining the legality of State aid (Fútbol Club Barcelona)

On 4 March 2021, the CJEU rendered its judgment in Case C-362/19, European Commission v Fútbol Club Barcelona, concerning State aid arising out of the taxation of professional sports clubs in Spain. In July 2016, the EC found that Spain had unlawfully implemented aid in the form of a (...)

Hendrik Viaene, Karolien Van der Putten The Court of Justice preliminarily rules that the end date of a bid-rigging offence is when the "essential characteristics" of the contract have been "definitively determined"(Kilpailu-Ja Kuluttajavirasto)

On 14 January 2021, the CJEU delivered a preliminary ruling in which it clarified when a bid-rigging cartel offence comes to an end. This issue is particularly relevant with regard to the imposition of fines within the limitation period. Background In April 2007, Fingrid Oyj, the company (...)

I. The facts On 15 September 1993, an exclusive motor vehicle distribution agreement was signed between Fiat Group Automobiles Belgium NV and TCI Auto Service NV, as a result of which TCI was granted the exclusive distributorship for a number of towns. Fortis Bank NV gave a first call guarantee (...)

Hendrik Viaene The Belgian Competition Council finds that a directive adopted by a professional association imposing a maximum fee for a specific service constitutes an infringement by object of the Belgian Competition Act, but decides not to impose a fine, merely a publication obligation (National Chamber of Bailiffs)

BE31 [...] & Consorts/Chambre Nationale des Huissiers CONC-P/K-08/0016 Competition Council 08.12.11 I. The facts On 9 July 2008, a number of bailiffs lodged a complaint with the Belgian Competition Council claiming that the National Chamber of Bailiffs infringes Articles 2 and 3 of the (...)

I. The Facts The judgment of the Brussels Court of Appeal is one of a long line of decisions and court rulings taken by the European Commission, national competition authorities, the General Court and the Court of Justice concerning De Beers’ decision to alter its distribution system for rough (...)