Ilene Knable Gotts is a partner in the New York City law firm of Wachtell, Lipton, Rosen & Katz, where she focuses on antitrust matters, particularly relating to mergers and acquisitions. Ms. Gotts is regularly recognized as one of the world’s top antitrust lawyers, including being recognized in both the 2006 and 2007 Editions of The International Who’s Who of Business Lawyers, as one of the top 15 global competition lawyers, in the first tier ranking of Chambers USA Guide, and the “leading individuals” ranking of PLC Which Lawyer Yearbook 2007 Edition. Mrs. Gotts previously worked as a staff attorney in the Bureau of Competition of the Federal Trade Commission in conduct and merger investigations, and in the FTC Bureau of Consumer Protection. Mrs. Gotts is currently the Vice Chair of the American Bar Association’s Section of Antitrust Law, having previously served in a variety of leadership positions including as the International Officer. In 2006-2007, Mrs. Gotts was the Chair of the New York State Bar Association’s Antitrust Section and is currently a member of the American Law Institute. Mrs. Gotts is a frequent guest speaker, has had over 120 articles published on antitrust related topics, and was the editor of the second and third editions of the ABA’s Merger Review Process Handbook. She is a member of the editorial board of The Antitrust Counselor and Antitrust Report publications and the advisory board of BNA’s Antitrust & Trade Regulation Report. Mrs. Gotts is a member of the Board of National Law Alumni of Georgetown University Law Center, Advisory Board of Georgetown University Law Center’s Corporate Counsel Institute, the Lincoln Center Counsel’s Council, and Legal Advisory Board of Legal Momentum. 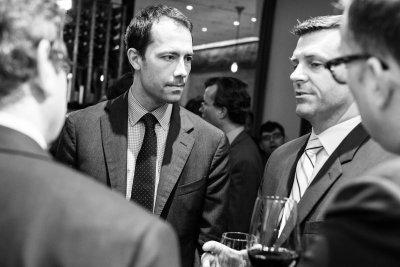 Ilene Gotts, Joseph G. Krauss The US FTC imposes a host of conduct remedies, regulating business operations and reporting obligations, to prevent the exclusion of other competitors resulting from a vertical merger in the internet and cable industries (AOL / Time Warner)

AFTER THE PUBLICATION OF OUR article, Antitrust Review of New Economy Acquisitions, in the Fall 2000 issue of this magazine, the federal antitrust authorities continued to leave their mark on the developing new economy. Two subsequent consent decrees—AOL-Time Warner and WorldCom-Intermedia— (...)

Ilene Gotts US Merger : A modest proposal for Comity to apply in Federal/State merger enforcement review

I. Introduction : The question of private enforcement. Opposite Trends ? 1. A recent study on the conditions of claims for damages in case of infringement of EC competition rules conducted at the request of the European Union Commission by Professor Denis Waelbroeck and the Ashurst law firm1 (...)