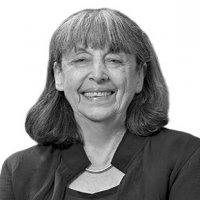 Eleanor M. Fox is the Walter J. Derenberg Professor of Trade Regulation at New York University School of Law. Before joining the faculty of NYU Law School, Fox was a partner at the New York law firm Simpson Thacher & Bartlett. She has served as a member of the International Competition Policy Advisory Committee to the Attorney General of the U.S. Department of Justice (1997-2000) (President Clinton) and as a Commissioner on President Carter’s National Commission for the Review of Antitrust Laws and Procedures (1978-79). She has advised numerous younger antitrust jurisdictions, including South Africa, Egypt, Kenya, Tanzania, The Gambia, Indonesia, Russia, Poland and Hungary, and the common market COMESA. Fox received an honorary doctorate degree from the University of Paris-Dauphine (2009). She was awarded an inaugural Lifetime Achievement award in 2011 by the Global Competition Review for "substantial, lasting and transformational impact on competition policy and/or practice" and lifetime, inaugural or other achievement awards from ASCOLA, AALS Antitrust Section, New York State Bar Antitrust Association, and the American Antitrust Institute. Her books include MAKING MARKETS WORK FOR AFRICA with Mor Bakhoum (Oxford 2019), EU Competition Law casebook with Damien Gerard (Elgar 2017), GLOBAL ISSUES IN ANTITRUST AND COMPETITION LAW with Dan Crane (2d ed. West 2017), Readings on developing countries and competition with Abel Mateus (Elgar 2011), and the new 4th edition of U.S. ANTITRUST LAW IN COMPARATIVE CONTEXT, with Daniel Crane (West 2020).

Eleanor M. Fox Antitrust and the clash of sovereigns - Bringing under one roof : Extraterritoriality, industrial policy, foreign sovereign compulsion, and (bad) applications of law against “my country’s” firms

Interview réalisée par Eleanor Fox, Professeur, NYU Law, New York. Professor Stiglitz, you have given a great deal of thought to competition policies in developing countries and you have been very important in helping many of them frame their policy objectives. You also have been a leader in (...)

THE GLOBAL COMPETITION LAW CONFERENCE The “Alternative world-antitrust framework” in the light of the twenty-first century Eleanor FOX Walter J. Derenberg Professor of Trade Regulation, New York University School of Law 1. From 1991 to 1993 I was a member of the Munich-centered project, (...)

Eleanor M. Fox, Merit E. Janow China, the WTO, and State-sponsored export cartels : Where trade and competition ought to meet

Interview réalisée par Dan Crane, Université de Droit du Michigan. Eleanor, you are a special person in the antitrust field. Around the world, no name is more recognized or respected than yours as an expert on international antitrust. How did you first get interested in antitrust law ? My (...)

Eleanor M. Fox An antitrust fable - A tale of predation

Once upon a time there was a little entrepreneur walking in the forest with a bag of new inventions-designed-to-shake-up-the-world. Along the way he met Big Bad Wolf, who was dressed in sheep’s wool. "Where are you going, Little Entrepreneur ?" asked Big Bad Wolf. "I am going to Invention’s (...)