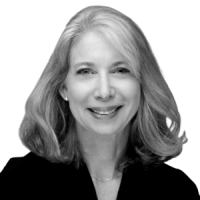 Diana Moss is President of the American Antitrust Institute (AAI). She served as AAI’s Vice President from 2006-2014 and was Senior Research Fellow from 2001-2005. An economist, Dr. Moss has developed and expanded AAI’s advocacy channels and strategies, and strengthened communications with enforcers, Congress, other advocacy groups, and the media. Her work spans both antitrust and regulation, with industry expertise in electricity, petroleum, agriculture, airlines, telecommunications, and healthcare. Before joining AAI, Dr. Moss was a senior staff economist at the Federal Energy Regulatory Commission where she coordinated competition analysis for electricity mergers. From 1989 to 1994, she consulted in private practice in the areas of regulation and antitrust at the National Economic Research Associates and Putnam Hayes and Bartlett. Dr. Moss has spoken widely on various topics on antitrust and regulation, testified before Congress, appeared before state and federal regulatory commissions, and made numerous radio and television appearances. She has published articles in a number of economic and legal academic journals, including : American Economic Review, Journal of Industrial Organization, the Energy Law Journal, and the Antitrust Bulletin. She is editor of Network Access, Regulation and Antitrust (2005). Dr. Moss is Adjunct Faculty in the Department of Economics at the University of Colorado at Boulder. She holds a M.A. degree from the University of Denver and a Ph.D. from the Colorado School of Mines.