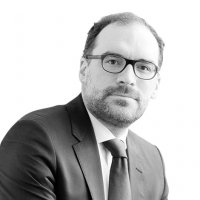 Dr. Chapsal specializes in empirical and theoretical industrial organization. He has provided economic expertise in a large number of high-profile cases involving mergers, abuses of dominant positions, cartels, information exchanges, regulation, and damage quantification. Recent examples include the Lafarge/Holcim and Fnac/Darty mergers, as well as airfreight, cathode ray tube, and elevator cartel cases. Dr. Chapsal has also assisted various firms in designing optimized pricing strategies and contracts that comply with competition rules. Previously, he worked at the French Ministry of Economy, where he took part in the drafting of the horizontal merger guidelines, and in an American competition economics consultancy where he contributed to the analysis of major antitrust and merger cases. He regularly publishes articles on competition economics, on subjects ranging from the econometric analysis of cartels to geographic market delineation and exclusionary strategies. He is an affiliated professor at the Sciences Po department of economics and a member of the CESifo academic research network.

Over the last few decades, business practices have evolved at an astonishingly fast pace. Products have become more sophisticated, pricing and contracting strategies have become more complex, and management tools have developed. Competition enforcement authorities have had to adapt to these changes.

Antoine Chapsal The use of sampling by the EU Commission and the NCAs : “You don’t have to eat the whole ox to know that it is tough”

Antoine Chapsal, David Spector What can be learnt from econometric studies in cartel cases ?