Check the Upcoming Conferences section for the next webinars.

Jon Roellke (Morgan, Lewis & Bockius), the moderator, introduced the panelists and provided notable issues in private antitrust actions in the financial services sector, including the use of statistical evidence in financial benchmark cases; allegations of group boycott in new types of trading platforms; information exchanges between competitors; and challenges of class certification determinations. Each panelist took turns to discuss issues in their expertise.

Alan Grant (NERA Economic Consulting) spoke about the use of statistical evidence in the pleading stage. He highlighted the importance of recognizing the limitations of regressions. In the classification phase or the pleading stage, economists consider four main items to evaluate whether a regression measure is some sort of anomalous pric­ing or benchmark. The first is the number of regressions that were run to find that one anomalous regression. Mr. Grant noted that this is often difficult to discern during the pleading stage because pleadings, complaints, expert reports, and pub­lished papers do not address how many models and regressions were run outside of those documents. There may also be specification and comparison problems when an economist rejects a model without detailing the reasons for rejecting it. Mr. Grant stressed that the key question to keep in mind is whether a model shows the effect or whether there are other plausible specifications. Another challenge is that financial economists are frequently examining a fairly short time series — looking at price formation pro­cess, different sets of benchmarks, aggregate transaction levels, or something where there may be one fixing per day — and they cannot parse out every single group they deal with. While there may be many transactions that have some relationship with an end result, at the end of the day, economists have a relatively short time series to measure things. Conclusions drawn from the data must be grounded on some economic theory and connect to the facts from the case to understand how those prices work and how they relate to each other. This leads to the third issue — having a model that contains a benchmark outside the time period or some other financial instrument, would assume that there is a stable relationship and that that bench­mark actually captures something relevant for the time period at issue. However, some of the benchmark cases and some of the group boycotts happened in the midst of the financial crisis in 2009. Today, those benchmarks may no longer be relevant and there may be other unaccounted factors affecting the data. Economics is about understanding that people are making decisions under constraints, and accounting for them. Understanding what goes into those models and making sure it ties to economic fundamentals is an important piece that economists bring to the puzzle. Finally, when thinking about classification, Mr. Grant suggested that ultimately, the question boils down to: “Does the model specified by the plaintiff make any sense?” An economist’s role consists of identifying the mechanism, determining how it would work in practice, and figuring out how the outcome came about in a complex price-formation process. 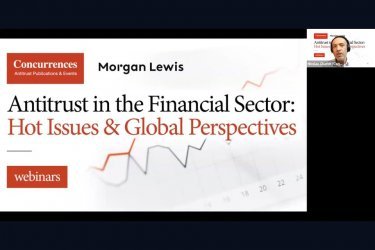