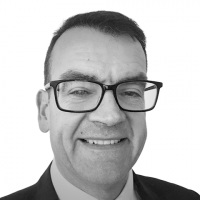 Mat Hughes is a Managing Director in the AlixPartners European Economics Consulting group in the Financial Advisory Services practice. He joined the London office in 2013. Mat is a professional economist with some 23 years of extensive experience in handling competition cases as well as in dealing with competition authorities and specialist utility regulators in relation to all aspects of competition law. Prior to joining AlixPartners, Mat was chief economist in the competition department at Ashurst LLP. He started his career as an economist at the UK Office of Fair Trading (OFT), dealing with the UK Competition Commission (CC), various specialist utility regulators (including the Office of Gas and Electricity Markets, the Office of Communications, the Office of Rail Regulation, and the Water Services Regulation Authority), and a range of member states’ national competition and regulatory authorities. Mat has an MSc in economics from Queen Mary, University of London, and a bachelor of arts in economics and accountancy from the University of Kent in Canterbury. He has written and spoken widely on competition matters, including producing a series of articles on the economics of European Union and UK merger control in International Comparative Legal Guides’ Comparative Legal Guide to International Merger Control by coauthoring the leading book on UK merger control (Parr, Finbow, and Hughes), coauthoring the UK chapter of the first and second editions of Global Legal Insights’ Merger Control, and coauthoring the section on the economic assessment of competition law damages in the 2004 report for the European Commission on damages for the infringement of competition law.

59
Number of readings per contribution