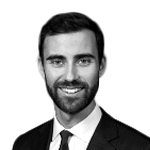 Foreign investment restrictions and National Security laws have become important tools in States’ foreign policy-making, as well as a topic of great interest for investors, politicians, lawyers and economists alike. The US, through the Committee on Foreign Investment in the United States (“CFIUS”), arguably has the most established and restrictive National Security regime in the world. EU countries have been playing catch-up, and have recently agreed a framework approach to the screening of foreign direct investments (“FDI”) at a European level in order to protect security and public order, whilst a number of EU Member States (“Member States”) are upgrading their existing tools or introducing altogether new mechanisms to regulate FDI. Some Member States are going further still, seeking broader reform of European industrial policy in the pursuit of safeguarding or indeed promoting the creation of national or ‘European’ champions.

1017
Number of readings per contribution