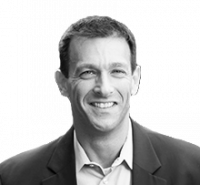 Barak Richman’s primary research interests include the economics of contracting, new institutional economics, antitrust, and healthcare policy. His work has been published in the Columbia Law Review, the University of Pennsylvania Law Review, Law and Social Inquiry, the New England Journal of Medicine, the Journal of the American Medical Association, and Health Affairs. From 2019-2021, he was a Visiting Scholar at the Stanford School of Medicine and co-authored a white paper on digital platform monopolies at Stanford’s Cyber Policy Center. In 2006, he co-edited with Clark Havighurst a symposium volume of Law and Contemporary Problems entitled "Who Pays? Who Benefits? Distributional Issues in Health Care,” and his book Stateless Commerce was published by Harvard University Press in 2017. Richman represented the NFL Coaches Association in an amicus curiae brief in American Needle v. The Nat’l Football League, which was argued before the U.S. Supreme Court in January 2010 and again in Brady v. The Nat’l Football League in 2011. His recent work challenging illegal practices by Rabbinical Associations was featured in the New York Times. His work is available at http://ssrn.com/author=334149. Richman also is on the Health Sector Management faculty at Duke’s Fuqua School of Business and is a Senior Fellow at the Kenan Institute for Ethics. He won Duke Law School’s Blueprint Award in 2005 and was named Teacher of the Year in 2010. Richman has an A.B., magna cum laude, from Brown University, a J.D., magna cum laude, from Harvard Law School, and a PhD from the University of California, Berkeley, where he studied under Nobel Laureate in Economics Oliver Williamson. He served as a law clerk to Judge Bruce M. Selya of the United States Court of Appeals for the First Circuit, and from 1994-1996 he handled international trade legislation as a staff member of the United States Senate Committee on Finance, then chaired by Senator Daniel Patrick Moynihan.

548
Number of readings per contribution