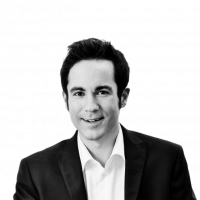 Anton is vice-president at Compass Lexecon, where he advises on competition, regulation, state aid, due diligence, efficiency analysis and regulatory finance and strategy. He has worked on and managed numerous projects for private and public clients in the energy sector, including RWE, E.ON, BDEW, NetzeBW, Amprion, TenneT and TransnetBW, National Grid, Swissgas, Verbund, APG, ESB Ireland, BNetzA, E-Control, Oesterreichs Energie and the Swiss BFE. He has also worked on projects for banks and investment funds such as Ancala, Blackstone/Fisterra, Bank of America Merrill Lynch, Terra Firma, and Balfour Beatty Infrastructure Partners. Before joining Compass Lexecon, he joined Oxera in 2014, and was previously a consultant with a major European economics consultancy in London. Prior to consulting, Anton was a junior assistant professor at the Institute for Regulatory Economics at the Vienna University of Economics and Business. Anton is a peer reviewer for Zeitschrift für Energiewirtschaft.