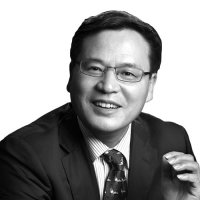 Mr. Wang Xianlin is a distinguished professor of Shanghai Jiao Tong University, director of Center for Competition Law and Policy of SJTU. He is a member of the Advisory Group of Experts of the Anti-Monopoly Commission of the State Council of China, and vice president of Economic Law Association of China Law Society. He was the executive vice dean of Shanghai Jiao Tong University School of Law. Wang Xianlin earned his bachelor’s degree of law from Anhui University (1987), master’s degree of law from China University of Political Science and Law (1990), PhD in law from Renmin University of China (2001). He conducted his postdoctoral research in Wuhan University (2002-2004). He was a Fulbright Visiting Scholar in the George Washington University Law School (2007-2008). He was a senior visiting fellow in Max Planck Institute for Innovation and Competition in Munich (2017-2018). His research focuses on competition law and intellectual property law, especially the interface between the two areas. He has authored and co-authored 20 books, has published more than 100 articles. His recent work includes Competition Law (Renmin University of China Press, 2018，3rd edition); Research on Economic Law (Law Press, 2013); Research on Hot Issues of Enforcement of China’s Anti-Monopoly Law (Law Press, 2011); Intellectual Property and Anti-Monopoly Law: Abusing Intellectual Property Rights from the Perspective of Competition Law (Law Press, 2020, 3nd edition).

Reforming the market regulation mechanism and implementing unified market regulation are the key links to the establishment of a modern market system that is unified, open with orderly competition. Accompanied with the foundation of the State Administration for Market Regulation, both China’s (...)

1954
Number of readings per contribution