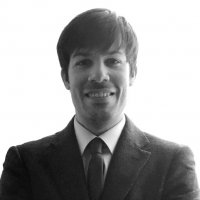 Alessandro Massolo is a Case Handler at the DG COMP. Prior, he was an economic advisor of Commissioner Gabriella Muscolo at the Italian Competition Authority. Previously, he worked at the TLC& Comunications and Credit Departments. Before joining the Italian Competition Authority, he worked at the Brattle Group. He holds a Ph.D in Law and Economics from Luiss University and a M.A. in European Law and Economic Analysis from the College of Europe. He is teaching assistant at Luiss University of Rome and holds university lectures at Bachelor and Master level. His main field of research and publications is Big data, Artificial Intelligence and regulation.

Over the last decade, digital markets have become increasingly concentrated, not only because of their specificity, which makes them prone to the well-known “winner-takes-all” effect, but also due to mergers and acquisitions. Evidence-based analyses have proven that over the last few years, Big Tech has systematically been involved in mergers and acquisitions operations all over the world. In particular, most of these transactions were not horizontal and targeted very young businesses that were typically no older than 4 years old. This was recently confirmed in an inquiry launched by the Federal Trade Commission (FTC) in February 2020 into past acquisitions by the largest technology platforms that did not require reporting to antitrust authorities at the FTC and the Department of Justice. Indeed, of the 616 transactions examined, 39.3% of those in which the age of the target company could be verified involved firms that were less than 5 years old. Of particular concern are killer acquisitions and the conglomerate effects of mergers, such as platform enveloping strategies in the digital markets.

THE AUTORITÉ DE LA CONCURRENCE AND BUNDESKARTELLAMT REPORT ON “ALGORITHMS AND COMPETITION”* I. Introduction Algorithms may raise competition concerns especially when assessing collusive practices. Very often, the term “algorithm” is used improperly. When we imagine the cartels of the future, we (...)

This Concurrences special set of articles focuses on antitrust law and enforcement in the aftermath of the American Presidential Elections. It questions the changes and challenges expected in 2021 under the new Biden administration, and its impacts with respect to antitrust legislation and (...)

3178.7
Number of readings per contribution