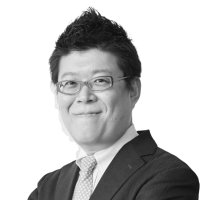 Tsuyoshi Ikeda is Founding Partner at Ikeda & Someya. With two years at the Japan Fair Trade Commission (JFTC), where he was responsible for nearly 20 on-site inspections (dawn raids), review of cases of the IP and IT Task Force, preparations for implementation of the leniency programme, and major hearing procedure involving violations of the Act against Unjustifiable Premiums and Misleading Representations (then under JFTC jurisdiction), Mr Ikeda has significant practical front-line knowledge and experience. Yoshi has extensive experience handling complex cases involving, among others, the Antimonopoly Act, the Act against Unjustifiable Premiums and Misleading Representations, Subcontract Act, and bribery regulation laws, and is the only Japanese officer of the International Bar Association’s (IBA) Antitrust Committee. In addition, he has been selected as one of Japan’s leading antitrust lawyers by Chambers, Who’s Who Legal and other international organisations that assess and identify the world’s leading legal practitioners.