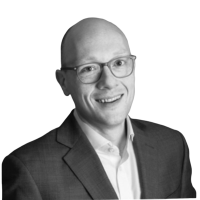 Tom is a partner at Geradin Partners, having previously been Legal Director at the UK’s Competition and Markets Authority (CMA). Tom led the legal team on the Digital Markets Taskforce. He also directed the CMA’s influential digital advertising market study. Tom was previously Director of Mergers at the CMA, responsible for the delivery of the CMA’s phase 1 mergers portfolio and liaising with the European Commission. He also has significant experience in the banking sector, having led the team that implemented the UK’s Open Banking regulations, which came out of the CMA’s retail banking market investigation. Before joining the CMA, Tom advised companies on UK and EU competition law at the international law firm, Hogan Lovells. He spent time on secondment to the major broadcaster, ITV plc, and the UK’s Office of Fair Trading. He is a regular speaker at competition law conferences. Outside of work, Tom is on the Board of Trustees of Citizens Advice Southwark, a charity providing free confidential advice on issues such as debt, housing, benefits and immigration.

1059
Number of readings per contribution