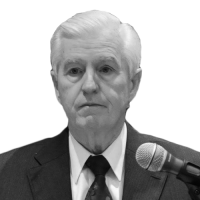 Tim Hughes has been an attorney with the Federal Trade Commission for 23 years. During the past 7 years he has served as legal counsel for International Technical Assistance. In that capacity, he has lived for extended periods in Romania and Indonesia, providing training and counseling to the competition authorities of Southeast Europe and Southeast Asia, has twice participated as a teacher-panelist at the OECD’s annual Vienna training seminar for the competition authorities of Eastern Europe and the former Soviet Union. He has drafted training materials used by FTC attorneys in their technical assistance programs around the world, and has himself conducted short-term training missions throughout Southeast Europe, the Middle East, Latin America, and Southeast Asia. Prior to returning to the FTC in 2001, he practiced competition law in the private sector as a partner in the international law firm of Steel, Hector & Davis (now merged into Squire Sanders), headquartered in Miami, Florida, with offices in Brazil, the Dominican Republic, and Venezuela. While there he provided antitrust legal counsel to numerous multinational corporations doing business in Latin America, started the annual Latin American Competition & Trade Policy Roundtable, and served as the private sector representative to the Fair Competition Advisory Committee to the CARICOM Nations. He received his J.D. degree in 1976 from Northwestern University, Chicago, Illinois and completed his undergraduate studies in history and philosophy at Fordham University, New York.

In this edition we present an overarching view of competition law and developing countries, then pick up themes, such as cartels, corruption and mergers, from the “Antitrust and developing and emerging economies” annual Concurrences review Conference held on November 1st, 2019, at the New York (...)

2320
Number of readings per contribution