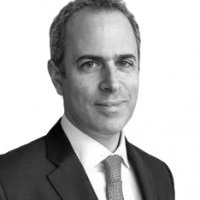 Stamatis E. Drakakakis is a member of the corporate commercial practice at Zepos & Yannopoulos and Head of the firm’s Antitrust & Competition team. He was admitted to the Athens Bar in 2002 and joined the firm in the end of 2019. Stamatis covers the full range of competition law including state aid and sector specific regulation. He advises clients from a very wide variety of industries including electronic communications, financial sector, construction, energy, consumer goods, pharmaceutical, chemicals, steel, and defense. He represents clients before the Hellenic Competition Commission and the Greek Appellate and Supreme administrative courts, the European Commission and both the General Court and the Court of Justice of the EU. He has been involved in some of the most complex cartel investigations as well as Phase II merger cases before the Greek NCA during the last decade. He has also litigated landmark antitrust cases before Greek Courts, often teaming up with the firm’s administrative law department. His state aid work includes advising on issues regarding rescue and restructuring aid, public service obligations in the fields of air transport, energy and broadcasting, application of state aid block exemptions, state aid issues in privatisation transactions and public tenders, arbitration proceedings and state aid, taxation involving aid, state guarantees and misuse of aid and recovery issues. He is a founding member of the Hellenic State Aid Institute. Stamatis has authored numerous competition law publications/articles. He is Member of the Organizing Committee of the Annual Competition Law Conference organized in Athens (since 2017) by Nomiki Bibliothiki. He is also member of the editorial board of the EU Competition Law Handbook (annually) published by Sweet & Maxwell. In early ‘00s, after his postgraduate studies, Stamatis concluded an internship at the Court of Justice of the EU (Chambers of Judge V. Skouris). Subsequently, he worked for many years in Brussels for two US firms. Stamatis is admitted before the Supreme Court.

Stamatis Drakakakis, Argyris Papaefthymiou The EU Commission publishes a Communication on new challenges in competition policy, namely insisting on a progressive phase-out of the COVID-19 crisis and its efforts to deliver on the green and digital transitions

On 15 December, the European Commission (“Commission”) published its legislative proposals for the Digital Markets Act (“DMA”) and the Digital Services Act (“DSA”). The proposals introduce new ex ante obligations for a wide range of firms active in the digital sphere, as well as significant new (...)

On 14 December 2020, the European Commission (EC) published its report (the “Report”) on the implementation of the Antitrust Damages Directive, namely Directive 2014/104/EU (the “Directive”), as per Article 20(1) of the Directive. According to the same Article (para. 3), the Report, if appropriate, (...)

By its renvoi judgement of 23 September 2020, the General Court upheld the 2013 European Commission decision which found that the Spanish tax lease scheme (“the STL system”) allowing shipping companies to benefit from rebates of up to 30% on the price of vessels built by Spanish shipyards (...)

On 22 September 2020, EU Competition Commissioner Margrethe Vestager said that EU governments may be allowed to grant more State aid to projects that help the bloc achieve its climate goals, calling such an incentive a “green bonus”. In contrast, polluting factories or power plants may be (...)

On 21 September 2020, the European Commission adopted revised EU Emission Trading System (ETS) State aid Guidelines in the context of the system for greenhouse gas emission allowance trading post-2021, which will enter into force from 1 January 2021. The revised Guidelines went through a public (...)

Stamatis Drakakakis, Argyris Papaefthymiou, Ellie Gavriilidou The EU Commission intends to change its approach towards referrals to the EU from national competition authorities for merger control

On 11 September 2020, Competition Commissioner Margrethe Vestager announced during the International Bar Association’s 24th Annual Competition Conference, that the Commission intends to change its approach towards referrals to the EU from national competition authorities. Commissioner Vestager (...)

On 8 September 2020, the European Commission (“Commission”) published its Staff Working Document (“SWD”) in the context of the ongoing evaluation of Regulation (EU) No 330/2010 on the application of Article 101(3) of the Treaty on the Functioning of the European Union (“TFEU”) to categories of (...)

On 15 June 2020, Google notified the Commission its intention to acquire Fitbit. A month later, it submitted commitments to address the Commission’s concerns that the proposed transaction would further entrench Google’s market position in the online advertising markets by increasing the already (...)

On 14 July 2020 the European Commission started a market test inviting comments from interested parties on commitments offered by Aspen Pharmacare Holdings. The Commission had opened an investigation in May 2017 over concerns that Aspen had abused its dominant position in a range of national (...)

Stamatis Drakakakis, Argyris Papaefthymiou, Ellie Gavriilidou The EU Commission looks into the issue of collective bargaining for the self-employed

On 26 June 2020 the European Commission published a public consultation regarding the revision of the Market Definition Notice used in EU competition law, inviting stakeholders from the public and private sector (including, undertakings and consumer associations, national competition (...)

On June 17, 2020, the European Commission published a White Paper on the regulation of foreign subsidies, aiming to fortify the level playing field within the Single Market by dealing with the distortive effects caused by foreign subsidies. The White Paper, a long-awaited and well-received (...)

On 2 June 2020, the European Commission announced the launch of a public consultation and published an Inception Impact Assessment on an envisaged “New Competition Tool”, which would effectively amount to the Commission acquiring market investigation powers, akin to the ones already held by (...)

On 28 May 2020, the EU General Court issued a ruling annulling the European Commission’s decision prohibiting the proposed acquisition of Telefónica UK by Hutchison 3G UK. The Commission had examined this transaction as a “four-to-three” merger and had blocked it in 2016, in line with its generally (...)

On 28 May 2020, the European Commission waived in their entirety the structural remedies that had been submitted by Takeda in 2018 to have its acquisition of Shire greenlit. The Commission’s market investigation with regard to Takeda’s waiver request revealed a number of permanent, significant (...)

Stamatis Drakakakis, Argyris Papaefthymiou, Ellie Gavriilidou The EU Court of Justice confirms the strict approach to “by object” infringements resulting in the need to use effects analysis on more complex arrangements such as MIF agreements (Budapest Bank)

On 2 April 2020, the Court of Justice of the EU delivered its judgment in Budapest Bank on a reference for a preliminary ruling from Hungary’s highest court relating to agreements on fixed multilateral interchange fees (MIFs). In this much-anticipated ruling, the Court of Justice further (...)

On 25 March 2020, the European Commission issued Guidance concerning foreign direct investment and free movement of capital from third countries, and the protection of Europe’s strategic assets, ahead of the application of Regulation (EU) 2019/452 (the “FDI Screening Regulation”) in October 2020. (...)

On 24 March 2020, the European Commission published a final Regulation extending the EU Consortia Block Exemption Regulation (CBER) until 25 April 2024, without modification. This Regulation outlines the conditions under which liner shipping consortia can provide joint services without (...)

As part of its policy reaction to the Covid-19 pandemic, the European Commission has mobilised two instruments to assist Member States in dealing with the crisis: Article 107(2)(b) TFEU allowing for State aid to compensate damages caused by exceptional occurrences, and Article 107(3)(b) TFEU (...)

The Hellenic Competition Commission (“HCC”) decided on 11 March 2020 to initiate a sector inquiry into e-commerce, pursuant to Article 40 of Greek Law 3959/2011. The public consultation was launched yesterday, 31.03.2020, with the publication of an invitation to all interested parties to submit (...)

On 4 March 2020 the Court of Justice of the EU delivered its judgement with which it dismissed Marine Harvest’s appeal against the Commission’s decision imposing two separate fines (EUR10 million each) for failure to notify a transaction under Article 4(1) EUMR and for implementing that (...)

On 30 January 2020, the Court of Justice of the EU rendered its preliminary ruling in Case C-307/18 – Generics (UK) and Others v CMA (Paroxetine). The case originated in a preliminary reference made by the UK Competition Appeal Tribunal (CAT) relating to an appeal against a decision of the UK (...)

Recent judgements by Court of Justice of the EU provide important clarifications regarding the European Commission’s powers and obligations when conducting dawn raids. On 30 January 2020, the Court of Justice handed down a judgment dismissing two appeals by České dráhy, a.s. against General Court (...)

On 30 January 2020, the European Commission fined NBCUniversal EUR14,3 million for restricting intellectual property licensees from selling licensed merchandise within the EEA to territories and customers beyond those allocated to them. The Commission found that for over six and a half years, (...)

On 31 January 2020, the UK formally exited the European Union, following the conclusion of a Withdrawal Agreement between the two. A transition period is in force from 1 February 2020 to 31 December 2020 (subject to extension), during which EU competition law (and EU law in general) will (...)

On 24 September 2019, the General Court delivered its judgments in the first two individual tax ruling cases involving transfer pricing within multinationals, providing important guidance on the application of the arm’s length principle in the context of State aid investigations concerning tax (...)

Stamatis Drakakakis, Argyris Papaefthymiou, Ellie Gavriilidou The EU Commission publishes the text of its decision to fine a Big Tech company for abuse of dominant position in the market for mobile devices operating systems (Google Android)

On 20 September 2020 the European Commission published its long-awaited 327-page explanation of its decision to fine Google €4.34 billion for illegal practices regarding Android mobile devices. The text provides a detailed analysis of some of the most interesting aspects of the decision, (...)

On 9 July 2019, the Commission fined Sanrio, a Japanese company that designs, produces and sells “Hello Kitty” products, EUR6.2 million for breaching Article 101 TFEU by imposing territorial restrictions on cross-border and online sales of merchandising products featuring Hello Kitty and other (...)

On 18 July 2019, the European Commission fined Qualcomm for abusing its market dominance through predatory pricing. The Commission found that between 2009 and 2011 Qualcomm sold its baseband chipsets below cost to two strategic customers in order to exclude from the market Icera, a new entrant (...)

On 27 June 2019, the European Commission fined Canon EUR28 million for the pre-clearance implementation of its acquisition of Toshiba Medical Systems (TMSC) through the use of a two-step “warehousing” deal structure. In step one, Toshiba transferred 95% of the shares in TMSC in a SPV indirectly (...)

On 18 June 2019, the General Court of the European Union handed down its long-awaited judgment in the Micula case ruling that Romania’s payment of the €178 million award constituted illegal State aid. Romania, prior to its EU accession in 2005, implemented a pack of measures aiming to avoid (...)

80.8
Number of readings per contribution