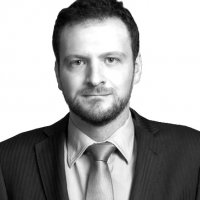 Richard Robinson is a Senior Associate with Herbert Smith Freehills in Sydney. Richard is an experienced competition and economic regulation lawyer. He has significant experience in merger clearances and authorisations, access and infrastructure regulation, and ACCC investigations and enforcement. Richard has extensive conceptual and technical understanding which he uses to strategically advise clients on competition and regulatory matters across a number of sectors including energy, transport, infrastructure, and technology, media and telecommunications. Richard has a first class honours degree in law and a first class honours degree in economics both awarded by Victoria University of Wellington, New Zealand. Richard also has a master of laws from The University of Chicago Law School. Richard is admitted to the New Zealand High Court, the Queensland Supreme Court and the New South Wales Supreme Court.

Glencore Coal Pty Ltd (Glencore) has been successful in its bid to have the shipping channel at the Port of Newcastle (Port) declared under the national access regime in Part IIIA of the Competition and Consumer Act 2010 (Cth) (NAR). The Australian Competition Tribunal (Tribunal) followed the (...)

26
Number of readings per contribution