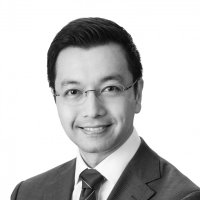 Rasul Butt was appointed Chief Executive Officer of the Hong Kong Competition Commission in May 2021. He started serving as the interim CEO in November 2020, and was appointed Senior Executive Director in July 2016, overseeing the policy advisory, advocacy and corporate functions of the Commission. Before joining the Commission, Rasul Butt spent more than 16 years at the Urban Renewal Authority, Hong Kong where his last position was General Manager (Corporate Planning). His main focus was formulating urban renewal policies and strategies. Rasul Butt obtained his Bachelor of Laws with Honours from the University of Liverpool, United Kingdom, followed by Master of Laws (Public Law) from the University of Wales, Aberystwyth, United Kingdom. He was called to the English Bar (Lincoln’s Inn) and the Hong Kong Bar. He had worked as head of compliance of the Futures Options unit of a merchant bank in Malaysia in mid-1990s. He also holds a Postgraduate Diploma in Construction Law and Arbitration from the University of Hong Kong, and a Postgraduate Diploma in Islamic Banking and Insurance from the Institute of Islamic Banking and Insurance, London where he is an Associate Fellow.

365
Number of readings per contribution