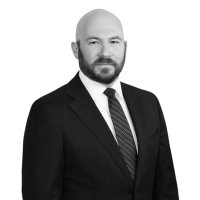 Nick Xenakis draws on his Capitol Hill experience to provide regulatory and legislative advice to clients in a range of industries, including technology. He has particular expertise in matters involving the Judiciary Committees, such as intellectual property, antitrust, national security, immigration, and criminal justice. Nick joined the firm’s Public Policy practice after serving most recently as Chief Counsel for Senator Dianne Feinstein (D-CA) and Staff Director of the Senate Judiciary Committee’s Human Rights and the Law Subcommittee, where he was responsible for managing the subcommittee and Senator Feinstein’s Judiciary staff. He also advised the Senator on all nominations, legislation, and oversight matters before the committee. Previously, Nick was the General Counsel for the Senate Judiciary Committee, where he managed committee staff and directed legislative and policy efforts on all issues in the Committee’s jurisdiction. He also participated in key judicial and Cabinet confirmations, including of an Attorney General and two Supreme Court Justices. Nick was also responsible for managing a broad range of committee equities in larger legislation, including appropriations, COVID-relief packages, and the National Defense Authorization Act. Before his time on Capitol Hill, Nick served as an attorney with the Federal Public Defender’s Office for the Eastern District of Virginia. There he represented indigent clients charged with misdemeanor, felony, and capital offenses in federal court throughout all stages of litigation, including trial and appeal. He also coordinated district-wide habeas litigation following the Supreme Court’s decision in Johnson v. United States (invalidating the residual clause of the Armed Career Criminal Act). Nick is a member of the Bar of New York. District of Columbia bar application pending; supervised by principals of the firm.

Nicholas Xenakis, Ryan Quillian The US House of Representatives passes a legislative package updating legislation on antitrust, FDI and mergers

254
Number of readings per contribution