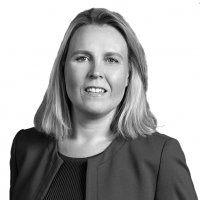 Nele Dhondt works in Slaughter and May’s London office as a Professional Support Lawyer (PSL). Her main areas of interest and expertise are competition law and policy, State aid law and sector-specific regulation. She regularly contributes to client publications and designs and delivers high quality competition law training. Before becoming a PSL, she worked as a senior associate at Slaughter and May. Her experience includes advising several companies on the competition and regulatory aspects of acquisitions. She also regularly advised firms on compliance with antitrust rules (including in the context of cartel investigations) and sector-specific regulation such as energy and telecoms law. Ms. Dhondt has published widely in the area of competition, State aid and environmental law. She is fluent in English and Dutch and good in French.

The number of jurisdictions across the globe with a competition law regime has increased dramatically over the last couple of decades and many of these regimes include rules on abuse of dominance. Competition agencies in jurisdictions with long-established antitrust regimes (such as the EU, UK and US) have used these rules to impose significant fines on firms with a dominant market position. Enforcement has also picked up in jurisdictions with more recent regimes, such as China. This is a foreword to a database of commentary on decisional practice and case law in the area of abuse of dominance covering over 35 sectors, including pharmaceuticals, transport, utilities, distribution/retail, information technology and online platforms. The focus of the database is on Europe but the database also includes commentary on cases and developments in other jurisdictions such as Brazil, Canada, China, India, Japan, Mexico, Russia, South Africa and the US. Figure 1 below contains a complete list of the sectors and jurisdictions covered. This foreword discusses legal developments up until and including 9 March 2020.

532
Number of readings per contribution