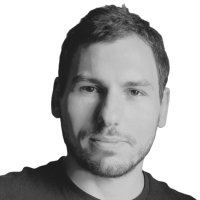 I am associate professor of political science at the Department of Social, Political and Cognitive Sciences of the University of Siena since March 2019. Previously, I have been assistant professor at Scuola Normale Superiore (2017-19), post-doctoral fellow at the Department of Political Sciences of LUISS Guido Carli, Rome (2013-17), and post-doctoral fellow at Collegio Carlo Alberto, Turin (2012-13). I hold a Ph.D in Political and Social Sciences from the European University Institute (2012). My research interests include the study of delegation and institutions, independent regulatory agencies, macro-economic governance of the European Union, EU competition policy. I have taught courses in European Public Policies, International Public Policies, Public Policy and Regulation in the EU, Quantitative Methods for Social Sciences, Political Communication. I have published on international journals such as International Organization, Socio-Economic Review, JCMS: Journal of Common Market Studies, Regulation & Governance, Governance, European Union Politics, European Political Science Review, Acta Politica, Comparative European Politics, and book chapters for the publishers Palgrave MacMillan and Routledge. My monograph “Competition policy enforcement in EU member states” (2016) is published by Palgrave MacMillan in the European Administrative Governance series.

Is the International Competition Network (ICN), a network of competition authorities (NCAs) from around the world and non-governmental actors – often large multi-nationals and the firms that support them – efficient and effective? Many scholars and practitioners think so. They also see little (...)

484.5
Number of readings per contribution