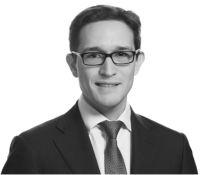 Matthieu Adam is a Counsel at McDermott Will & Emery since 2013. He is involved in EU and French economic and antitrust/competition law matters (e.g., merger control, cartels, dominance, trade practices, distribution). Matthieu has diversified its scope of action since 2008 and also advises and assists clients on projects and transactions on the African continent (acquisitions, projects, international contracts, merger control and antitrust advice under various national and supranational legal systems such as COMESA, UEMOA-WAEMU, ECCAS-CEMAC). Before this he was a Partner at Fasken Martineau (2009-2012), a Counsel at Dewey & LeBoeuf (2008-2009) and an associate at Latham & Watkins (2002-2008).

970
Number of readings per contribution