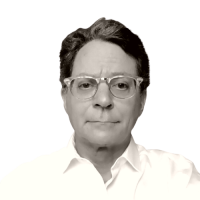 Martin Gaynor is the E.J. Barone University Professor of Economics and Public Policy at Carnegie Mellon University and was Director of the Bureau of Economics at the U.S. Federal Trade Commission in 2013-2014. He is one of the founders of the Health Care Cost Institute, an independent non-partisan nonprofit dedicated to advancing knowledge about U.S. health care spending, and served as the first Chair of its governing board. He is also an elected member of the National Academy of Medicine and of the National Academy of Social Insurance, Past President of the American Society of Health Economists, a Research Associate at the National Bureau of Economic Research, and an International Research Fellow at the University of Bristol. His research focuses on competition and antitrust policy, both in health care markets, and more generally. He has written extensively on this topic, testified before Congress, the Federal Trade Commission, and advised the governments of the Netherlands, the United Kingdom, and South Africa on competition issues. Gaynor is on the Pennsylvania Health Care Cost Containment Council and co-chaired the state’s workgroup on shoppable care. He is a mentor for the Research in Color Foundation.

920
Number of readings per contribution