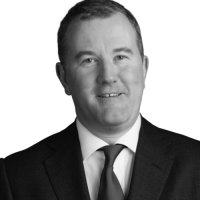 Mark has been a partner at the firm for over 10 years and has helped clients to close more than US$225 billion worth of transactions across UK, Europe, CIS, Middle East, Africa, India, Asia, Australia and the US. He focuses on advising corporate clients and works with boards on both transactional and advisory work. He is frequently involved in advising on significant challenges that face boards whether on transactions, shareholder activism, governance issues or regulatory investigations. In addition, he regularly works with investment banks and corporate finance advisers in connection with their roles on major cross-border transactions. Mark is recommended in Legal 500 for M&A premium deals and noted for his public takeover expertise. In 2014 Mark was named in Financial News "Top 40 under 40" list of rising stars in European legal services. He is a General Editor of Butterworths Takeovers Law and Practice (second edition 2015) and a contributor to other leading practitioner’s texts on topics including shareholder activism, market abuse, schemes of arrangement and takeovers. He regularly lectures at Cambridge University to postgraduate MCL students as part of the Deals Course. In September 2011, he completed a two-year secondment as Secretary to the UK’s Takeover Panel. During that time he was closely involved in the day-to-day regulation of UK public takeovers and also in revising the UK’s Takeover Code, in particular the significant changes to the UK’s Takeover Code which came into effect in September 2011. He continues to be actively involved in consultations regarding amendments to the UK’s Takeover Code. In 2016 and following he has acted as Secretary to the Takeover Appeals Board in relation to various appeals

Changes to the Takeover Code provisions on conditions to an offer, particularly those relating to regulatory / merger control clearance, and the offer timetable take effect today, Monday 5 July 2021. The revised rules apply to all firm offers which are announced (Rule 2.7 announcement) on or (...)

Mark Bardell, Robert Moore, Stephen Wilkinson, Antonia Kirkby The UK Takeover Panel publishes a response statement following its consultation on the changes that are going to be made to the Takeover Code

Overview The Takeover Panel has published a response statement, RS 2020/1, following its consultation (PCP 2020/1) on the Takeover Code provisions relating to conditions to an offer, particularly those relating to regulatory / merger control clearance, and the offer timetable. The changes (...)

Overview of the proposed changes The UK Takeover Panel has published a consultation PCP 2020/1 in which it is proposing to amend various provisions in the Takeover Code relating to invoking the conditions to an offer, particularly those relating to regulatory / merger control clearance, and to (...)

542.7
Number of readings per contribution