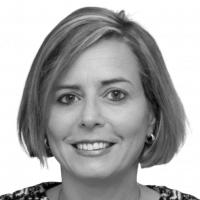 After graduating from the German School of Athens, Maria continued her studies in Law at the University of Athens and in Paris where she specialised in European Community Law. She qualified as a lawyer at the Athens bar, then she joined the EU Commission in the early 90s; since then she has worked in many policy fields, mainly in financial services and banking, but also freedom of establishment and regulated professions, pharmaceuticals and enterprise policy. Maria was responsible for a number of years for Capital markets, then for Financial Stability issues, including bank recovery and resolution, within the Directorate General of Internal Market and Financial Services of the EU Commission. In September 2011 Maria was one of the first members of the “Task Force for Greece” of the European Commission under the leadership of Horst Reichenbach; this structure, accompanying the Greek adjustment program, was covering a broad spectrum of structural reforms in Greece. Maria was responsible for three thematic areas: financial institutions and access to finance, broader business environment and competitiveness issues, justice and migration. In 2015, she became responsible for macroprudential policy and systemic risk questions within the Financial Services Directorate General of the EU Commission. In November 2016, she was appointed Director in the Directorate General of Competition for Financial Institutions. In her current position, she covers antitrust, state aid and merger cases for the entire spectrum of financial services and institutions, including bank restructuring and recapitalisation, capital and insurance markets and payment systems.

722.5
Number of readings per contribution