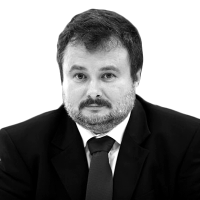 Marek Niechciał is a graduate of the University of Warsaw, where he studied economics. In the years 2007-2008 he was President of UOKiK, and from 2008 an advisor at the National Bank of Poland’s Economic Institute. In the years 2007-2012 he was a member and Deputy Chairman of the Statistical Council, an advisory body to the Prime Minister. He has been Deputy Director for Economic Affairs at the Department of the Committee of the Council of Ministers, and has worked, among others, with the Insurance and Retirement Fund Commission Office and at the Polish Academy of Sciences (PAN) Institute of Economics. He was has also worked as a journalist specialising in economic affairs. Marek Niechciał has experience in education, having been a lecturer among others at the L. Koźmiński University Business School, University of Finance and Management, and Warsaw School of Information Technology under the auspices of the Polish Academy of Sciences (PAN). He has co-authored Reports on Innovativeness of the Polish Economy (Raporty o innowacyjności gospodarki Polski) published by the Polish Academy of Sciences (PAN) Economics Institute, and an NBP publication, currently under preparation, Innovativeness of the Polish Economy (Innowacyjność polskiej gospodarki). Privately he has a passion for aviation. He is involved among other things in organising meetings of the Polish Aviation Technology Association (Polska Technika Lotnicza). Prime Minister Beata Szydło appointed Marek Niechciał President of UOKiK on 12 May 2016.

658
Number of readings per contribution